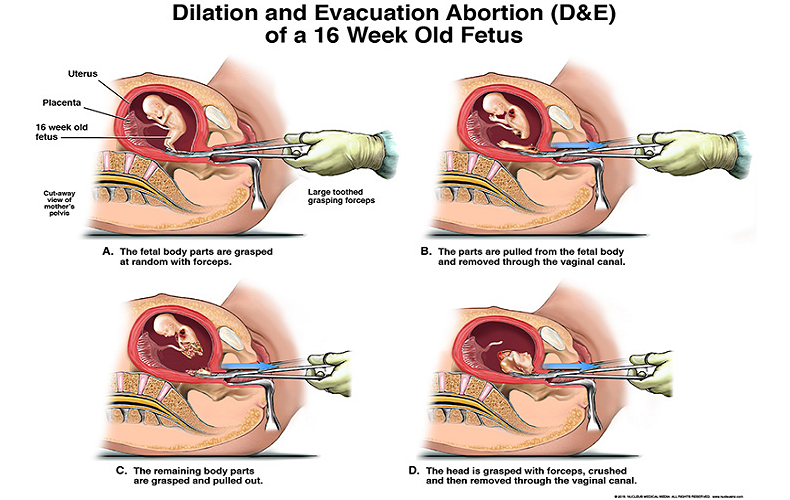 Earlier noun in English was simple abort (early 15c.). Originally of both deliberate and unintended miscarriages; in 19c. some effort was made to distinguish abortion “expulsion of the fetus between 6 weeks and 6 months” from miscarriage (the same within 6 weeks of conception) and premature labor (delivery after 6 months but before due time). This broke down as abortion came to be used principally for intentional miscarriages. Foeticide (v.) appears 1823 as a forensic medical term for deliberate premature fatal expulsion of the fetus; also cf. prolicide. Abortion was a taboo word for much of early 20c., disguised in print as criminal operation (U.S.) or illegal operation (U.K.), and replaced by miscarriage in film versions of novels.

The deliberate termination of a pregnancy, usually before the embryo or fetus is capable of independent life. In medical contexts, this procedure is called an induced abortion and is distinguished from a spontaneous abortion (miscarriage) or stillbirth.

The ending of pregnancy and expulsion of the embryo or fetus, generally before the embryo or fetus is capable of surviving on its own. Abortion may be brought on intentionally by artificial means (induced abortion) or may occur naturally (spontaneous abortion, which is commonly referred to as a miscarriage). (Compare stillbirth; see also family planning and population control.)