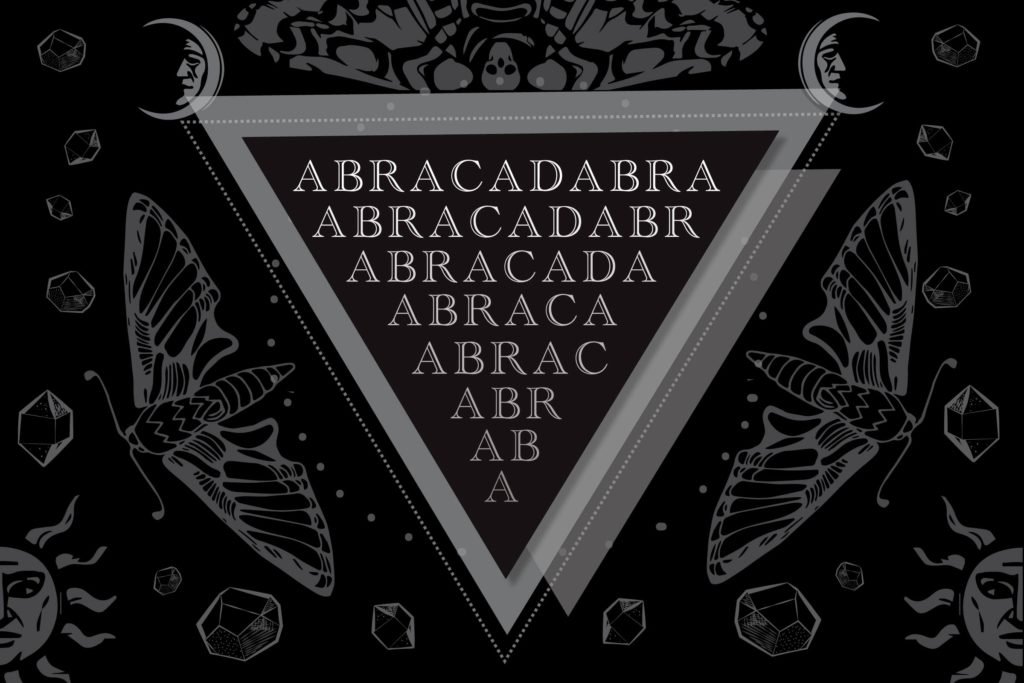 magical formula, 1690s, from Latin (Q. Severus Sammonicus, 2c.), from Late Greek Abraxas, cabalistic or gnostic name for the supreme god, and thus a word of power. It was written out in a triangle shape and worn around the neck to ward off sickness, etc. Another magical word, from a mid-15c. writing, was ananizapta.