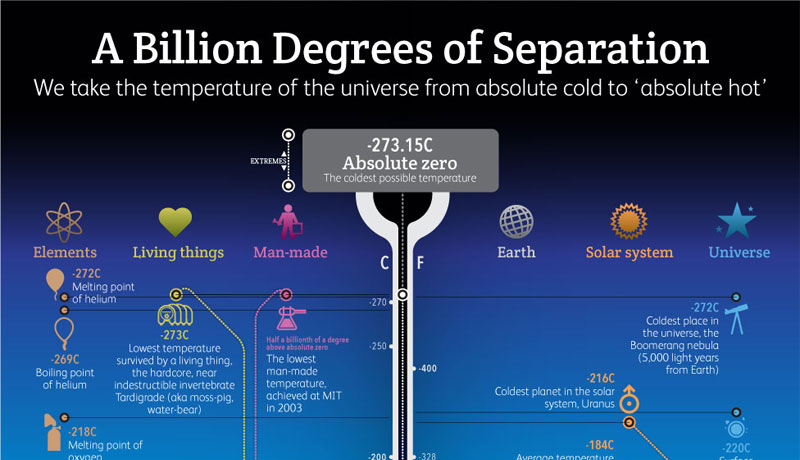 the idea dates back to 1702 and its general value was guessed to within a few degrees soon thereafter, but not precisely discovered until Lord Kelvin’s work in 1848. It was known by many names, e.g. infinite cold, absolute cold, natural zero of temperature; the term absolute zero was among them by 1806.

The lowest temperature that can be attained by matter, corresponding to the point at which most motion in atoms stops. Absolute zero is about –273 degrees on the Celsius scale and about –460 on the Fahrenheit (see also Fahrenheit) scale.