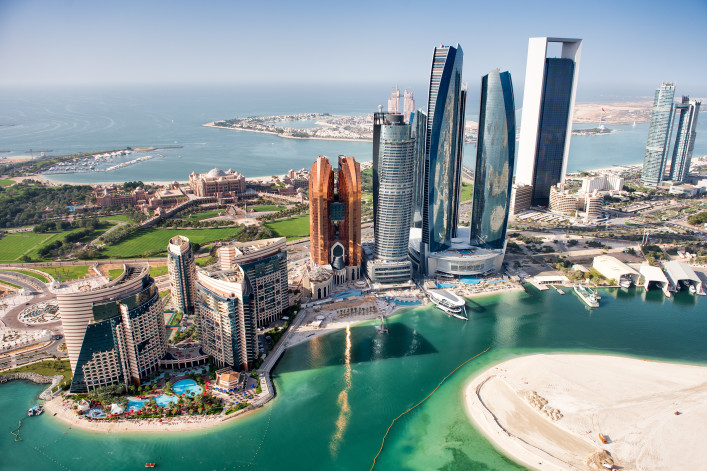 A federation of seven kingdoms on the Persian Gulf coast of the Arabian Peninsula, bordered to the east by Oman, the south and west by Saudi Arabia, and the northwest by Qatar.