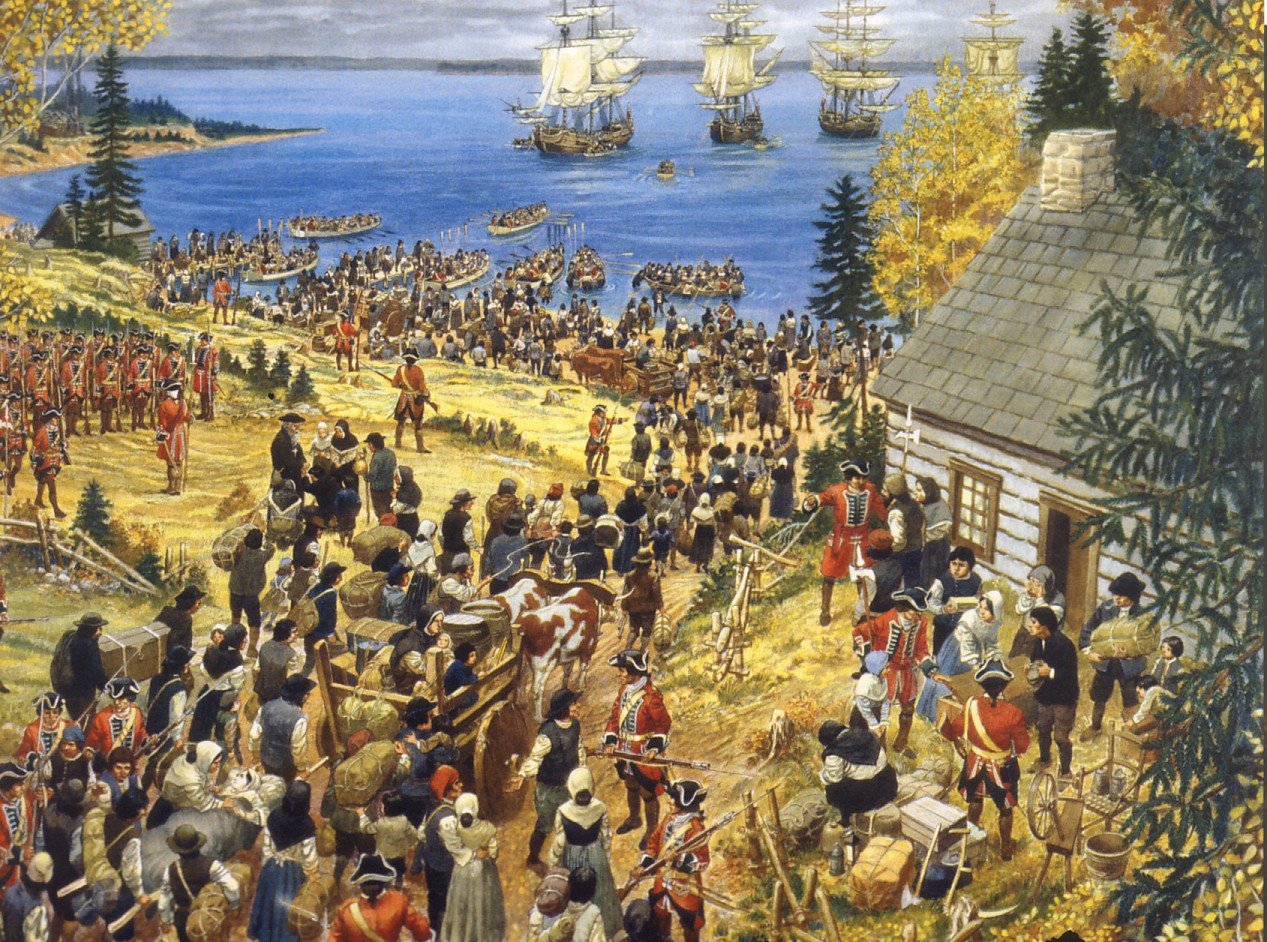 1705, from Acadia, Latinized form of Acadie, French name of Nova Scotia, probably from Archadia, the name given to the region by Verrazano in 1520s, from Greek Arkadia, emblematic in pastoral poetry of a place of rural peace (see Arcadian); the name may have been suggested to Europeans by the native Micmac (Algonquian) word akadie “fertile land.” The Acadians, expelled by the English in 1755, settled in large numbers in Louisiana (see Cajun, which is a corruption of Acadian).