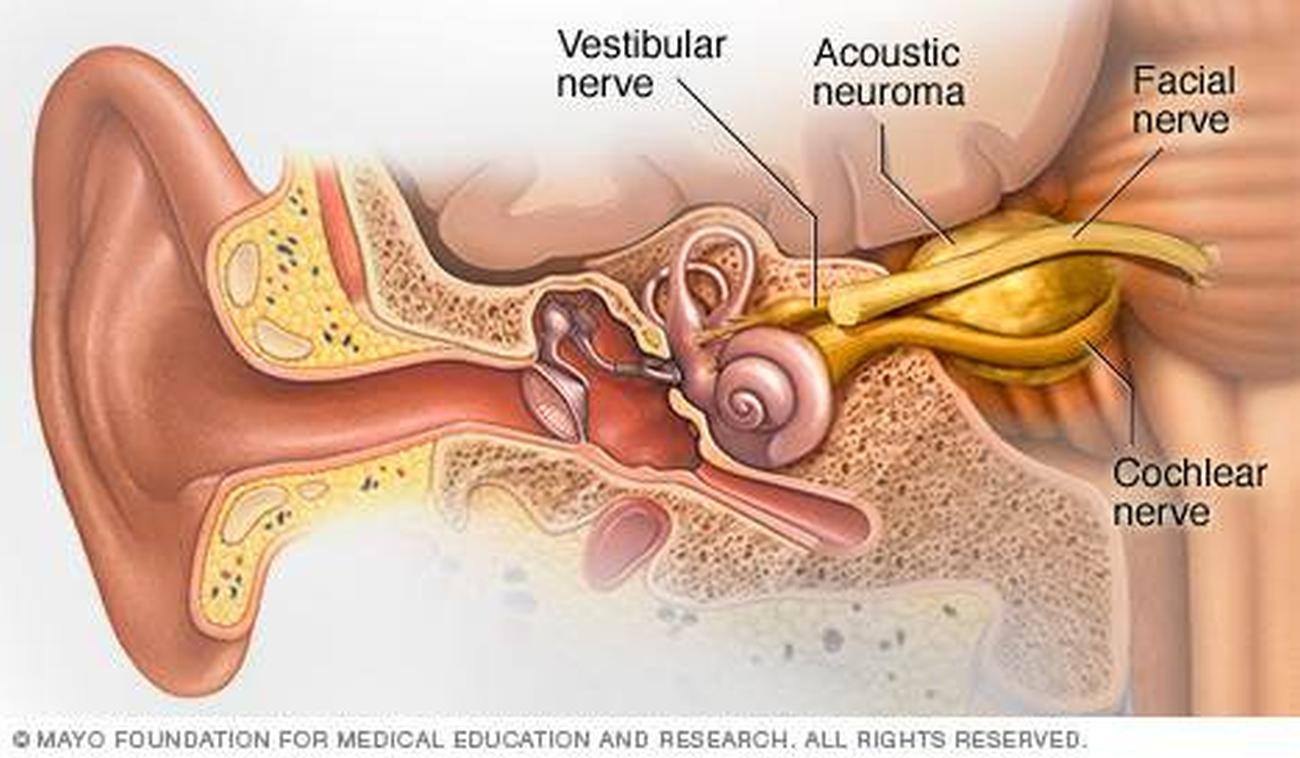 The nerve that connects the inner ear with the brain. One of its two branches carries the sensation of sound to the brain; the other is involved in maintaining balance.