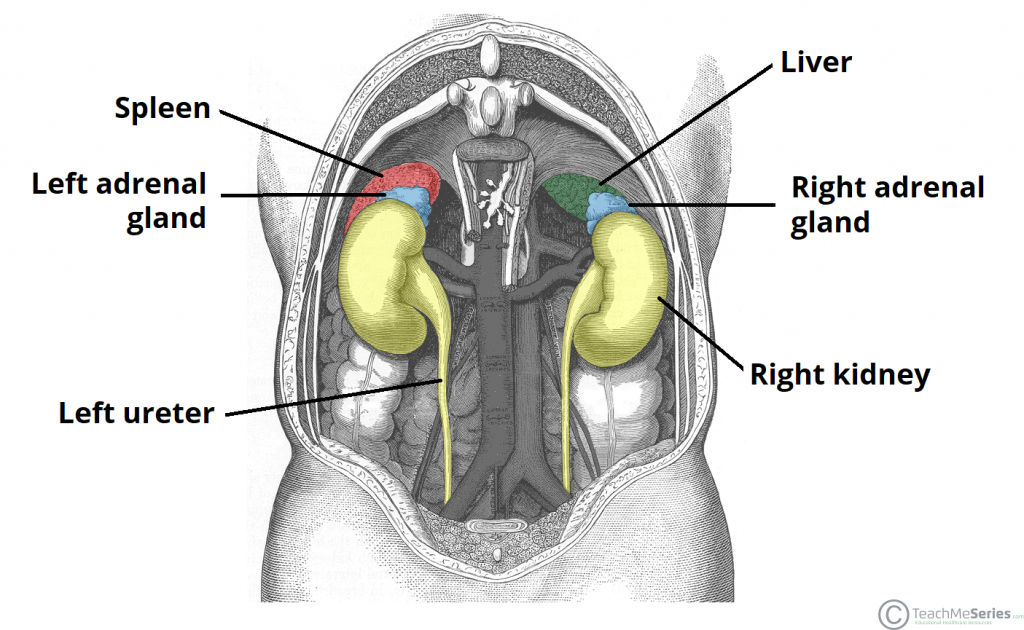 Two small glands, one located near the upper part of each kidney, that function in the endocrine system. Part of each adrenal gland secretes adrenaline; another part secretes other important hormones.