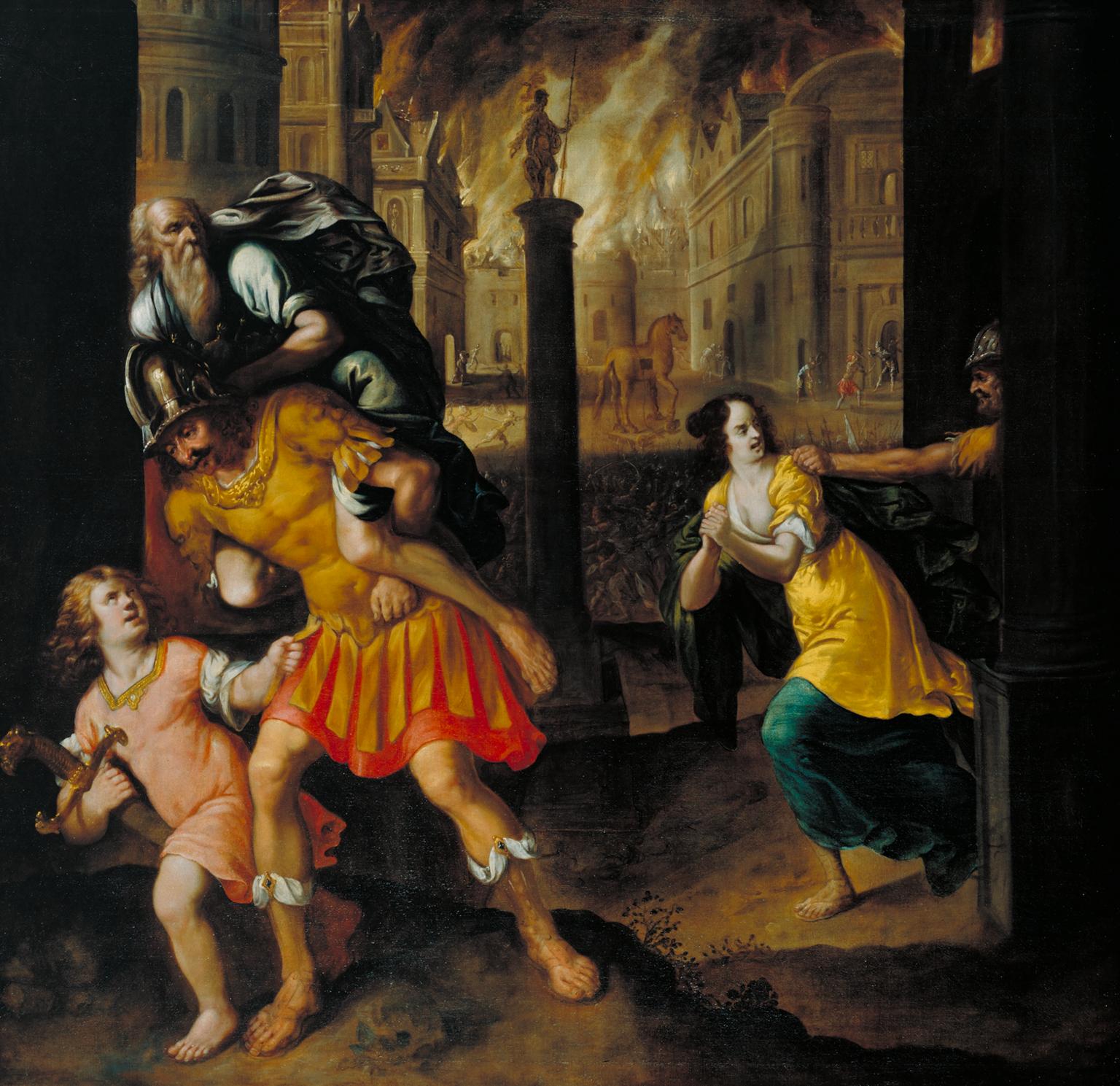 hero of the “Æneid,” son of Anchises and Aphrodite, Latin, from Greek Aineias, of unknown origin, perhaps literally “praise-worthy,” from ainos “tale, story, saying, praise” (related to enigma); or perhaps related to ainos “horrible, terrible.” The Aeneid (late 15c. in English) is literally “of or pertaining to Aeneas,” from French Enéide, Latin Æneida.

A famous warrior of classical mythology; a leader in the Trojan War (see also Trojan War) on the Trojan side. After the fall of Troy, Aeneas fled with his father and son and was shipwrecked at Carthage in northern Africa. There Dido, the queen of Carthage, fell in love with him and ultimately committed suicide when she realized that Aeneas could not stay with her forever. After many trials, Aeneas arrived in what is now Italy. The ancient Romans believed that they were descended from the followers of Aeneas.