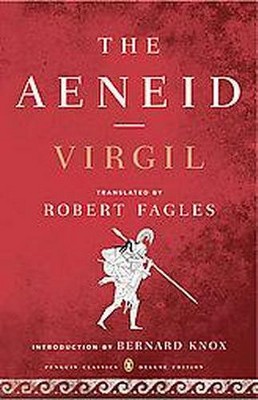 An epic in Latin by Virgil. The Aeneid begins with the adventures of Aeneas and his men after the Trojan War (see also Trojan War) and ends when Aeneas gains control of the Italian peninsula, which will eventually become the base of the Roman Empire.