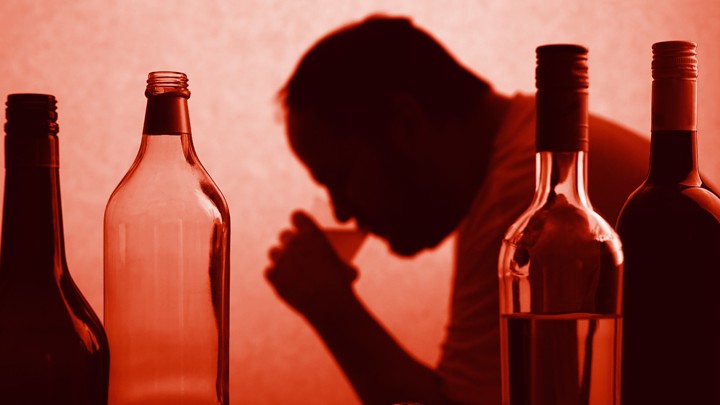 “disease of alcohol addiction,” 1852, from alcohol + -ism, or else from Modern Latin alcoholismus, coined in 1852 by Swedish professor of medicine Magnus Huss (1807-1890) to mean what we now would call “alcohol poisoning.” In earlier times, alcoholism would have been habitual drunkenness or some such term.

A chronic disease associated with the excessive and habitual use of alcohol; the disease, if left unattended, worsens and can kill the sufferer. Alcoholism is marked by physical dependency and can cause disorders in many organs of the body, including the liver (see cirrhosis), stomach, intestines, and brain. It is also associated with abnormal heart rhythms, with certain cancers, and, because of loss of appetite, with poor nutrition. The cause of alcoholism is very complicated and most often involves a mixture of physical, psychological, and possibly genetic factors.