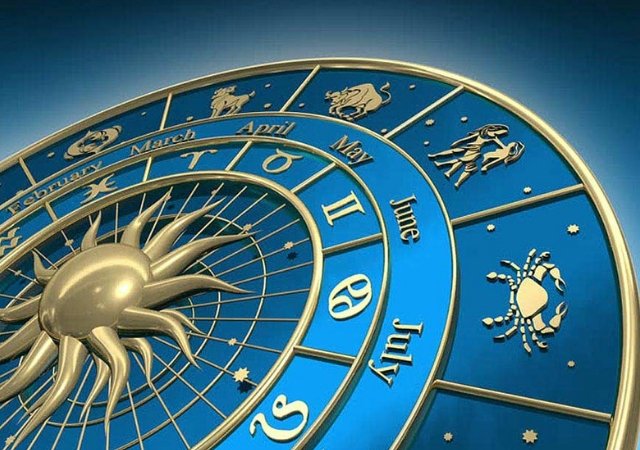 late 14c., from Latin astrologia “astronomy, the science of the heavenly bodies,” from Greek astrologia “telling of the stars,” from astron “star” (see astro-) + -logia “treating of” (see -logy).

Originally identical with astronomy, it had also a special sense of “practical astronomy, astronomy applied to prediction of events.” This was divided into natural astrology “the calculation and foretelling of natural phenomenon” (tides, eclipses, etc.), and judicial astrology “the art of judging occult influences of stars on human affairs” (also known as astromancy, 1650s). Differentiation between astrology and astronomy began late 1400s and by 17c. this word was limited to “reading influences of the stars and their effects on human destiny.”

A study of the positions and relationships of the sun, moon, stars, and planets in order to judge their influence on human actions. Astrology, unlike astronomy, is not a scientific study and has been much criticized by scientists. (See zodiac (see also zodiac).)