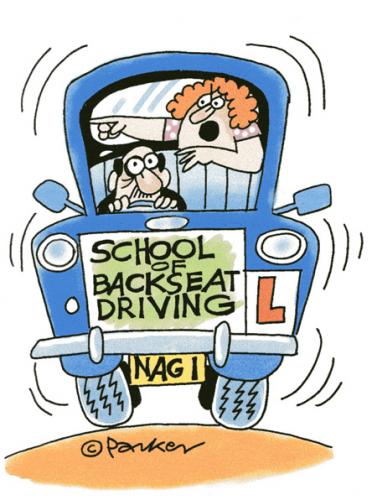 A passenger who gives unwanted and/or unneeded directions to the driver; also, a person who interferes in affairs without having knowledge, responsibility, or authority for doing so. For example, Aunt Mary drives us all crazy with her instructions; she’s an incurable backseat driver. This term originated in the United States in the 1920s, when it was first used for a passenger legitimately directing a chauffeur, and it was quickly transferred to figurative use. Also see the synonym Monday-morning quarterback and the antonym take a back seat.