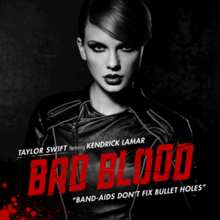 Anger or hostility between persons or groups, as in There’s been bad blood between the two families for years. This term is based on the old association with blood and emotion, particularly anger. Versions such as ill blood preceded it; Charles Lamb was among the first to use the idiom in its current form in an 1823 essay.