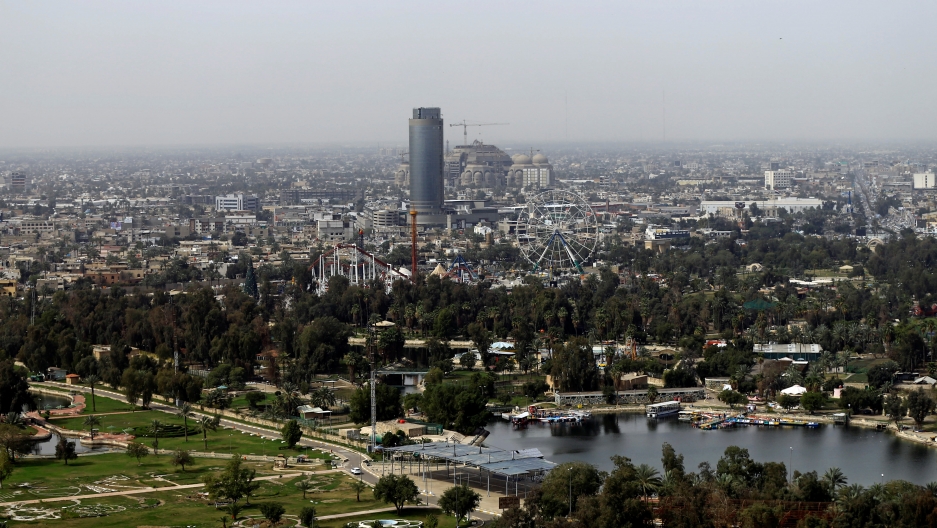 a pre-Islamic name apparently of Indo-European origin and probably meaning “gift of god,” with the first element related to Russian bog “god” and the second to English donor. Marco Polo (13c.) wrote it Baudac.

country name, 1920, from an Arabic name attested since 6c. for the region known in Greek as Mesopotamia; often said to be from Arabic `araqa, covering notions such as “perspiring, deeply rooted, well-watered,” which may reflect the impression the lush river-land made on desert Arabs. But the name may be from, or influenced by, Sumerian Uruk (Biblical Erech), anciently a prominent city in what is now southern Iraq (from Sumerian uru “city”).

Capital of Iraq, located in central Iraq on both banks of the Tigris River.

Republic in the Middle East, bordered by the Persian Gulf, Kuwait, and Saudi Arabia to the south; Jordan and Syria to the west; Turkey to the north; and Iran to the east. Its capital and largest city is Baghdad.