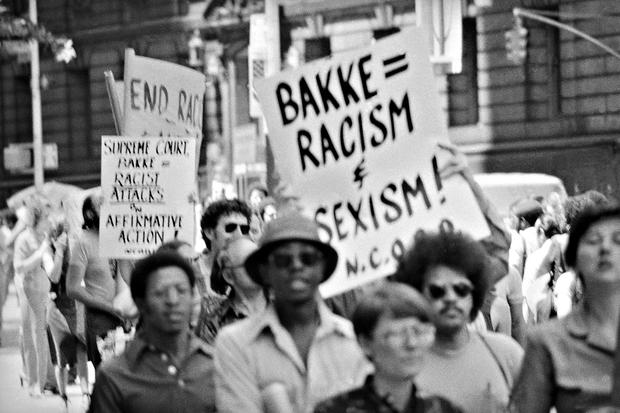 An important ruling on affirmative action given by the Supreme Court in 1978. Allan Bakke, a white man, was denied admission to a medical school that had admitted black candidates with weaker academic credentials. Bakke contended that he was a victim of racial discrimination. The Court ruled that Bakke had been illegally denied admission to the medical school, but also that medical schools were entitled to consider race as a factor in admissions. The Court thus upheld the general principle of affirmative action.