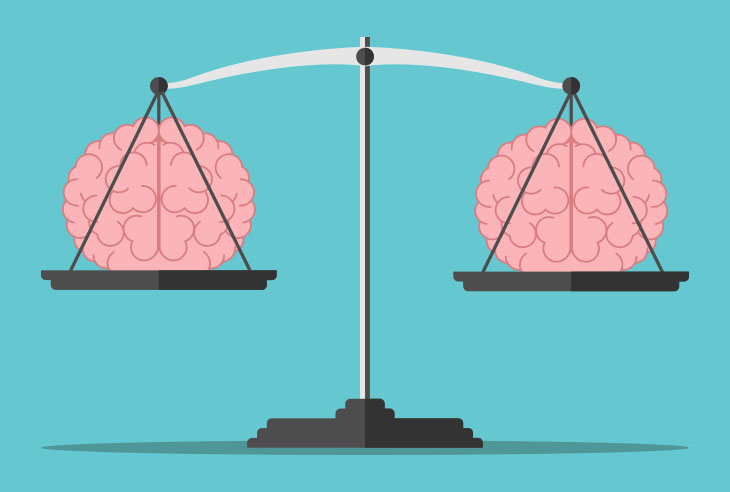 early 13c., “apparatus for weighing,” from Old French balance (12c.) “balance, scales for weighing,” also in the figurative sense; from Medieval Latin bilancia, from Late Latin bilanx, from Latin (libra) bilanx “(scale) having two pans,” possibly from Latin bis “twice” + lanx “dish, plate, scale of a balance.” The accounting sense is from 1580s; the meaning “general harmony between parts” is from 1732; sense of “physical equipoise” is from 1660s. Balance of power in the geopolitical sense is from 1701. Many figurative uses are from Middle English image of the scales in the hands of personified Justice, Fortune, Fate, etc.; e.g. hang in the balance (late 14c.).

In addition to the idiom beginning with balance