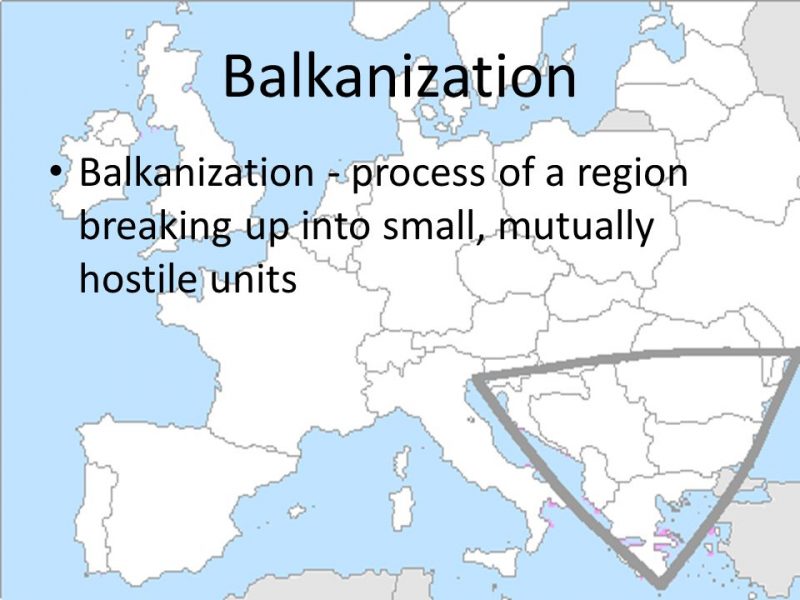 1920, first used in reference to the Baltic states, on the model of what had happened in the Balkans; said to have been coined by English editor James Louis Garvin (1868-1947), but A.J. Toynbee (1922) credited it to “German Socialists” describing the results of the treaty of Brest-Litovsk. Either way, the reference is to the political situation in the Balkans c.1878-1913, when the European section of the Ottoman Empire split up into small, warring nations. Balkanized and Balkanization both also are from 1920.

Division of a place or country into several small political units, often unfriendly to one another. The term balkanization comes from the name of the Balkan Peninsula, which was divided into several small nations in the early twentieth century.