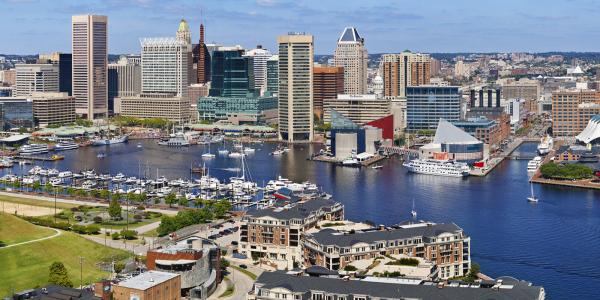 city in Maryland, U.S., founded 1729, named for Cecilius Calvert (1605-1675), 2nd baron Baltimore, who held the charter for Maryland colony; from a small port town in southern Ireland where the family had its seat, from Irish Baile na Tighe Mor, literally “townland of the big house.” In old baseball slang, a Baltimore chop was a hit right in front of the plate that bounced high.