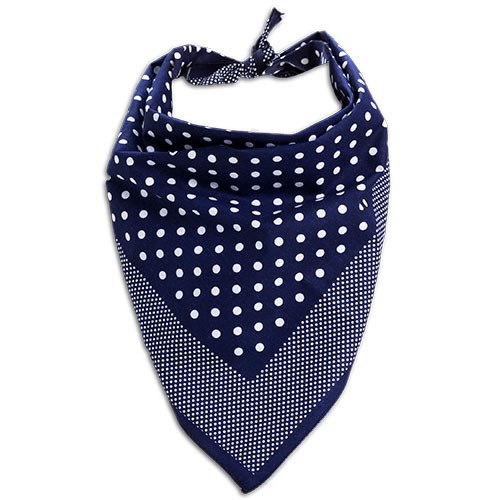 also often bandanna, 1752, from Hindi bandhnu, a method of dyeing, from Sanskrit badhnati “binds” (because the cloth is tied like modern tie-dye), from same PIE root as band (n.1). Etymologically, the colors and spots are what makes it a bandana.