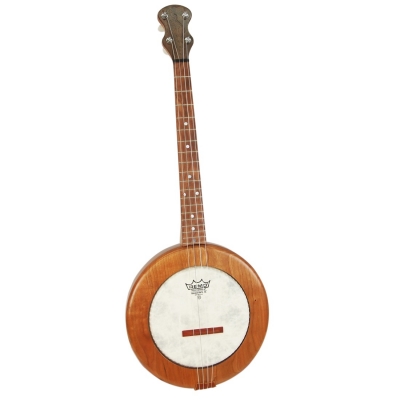 1764, American English, usually described as of African origin, probably akin to Bantu mbanza, an instrument resembling a banjo. The word has been influenced by colloquial pronunciation of bandore (1560s in English), a 16c. stringed instrument like a lute and an ancestor (musically and linguistically) of mandolin; from Portuguese bandurra, from Latin pandura, from Greek pandoura “three-stringed instrument.” The origin and influence might be the reverse of what is here described.

A stringed musical instrument, played by plucking (see strings). The banjo has a percussive sound and is much used in folk music and bluegrass music.