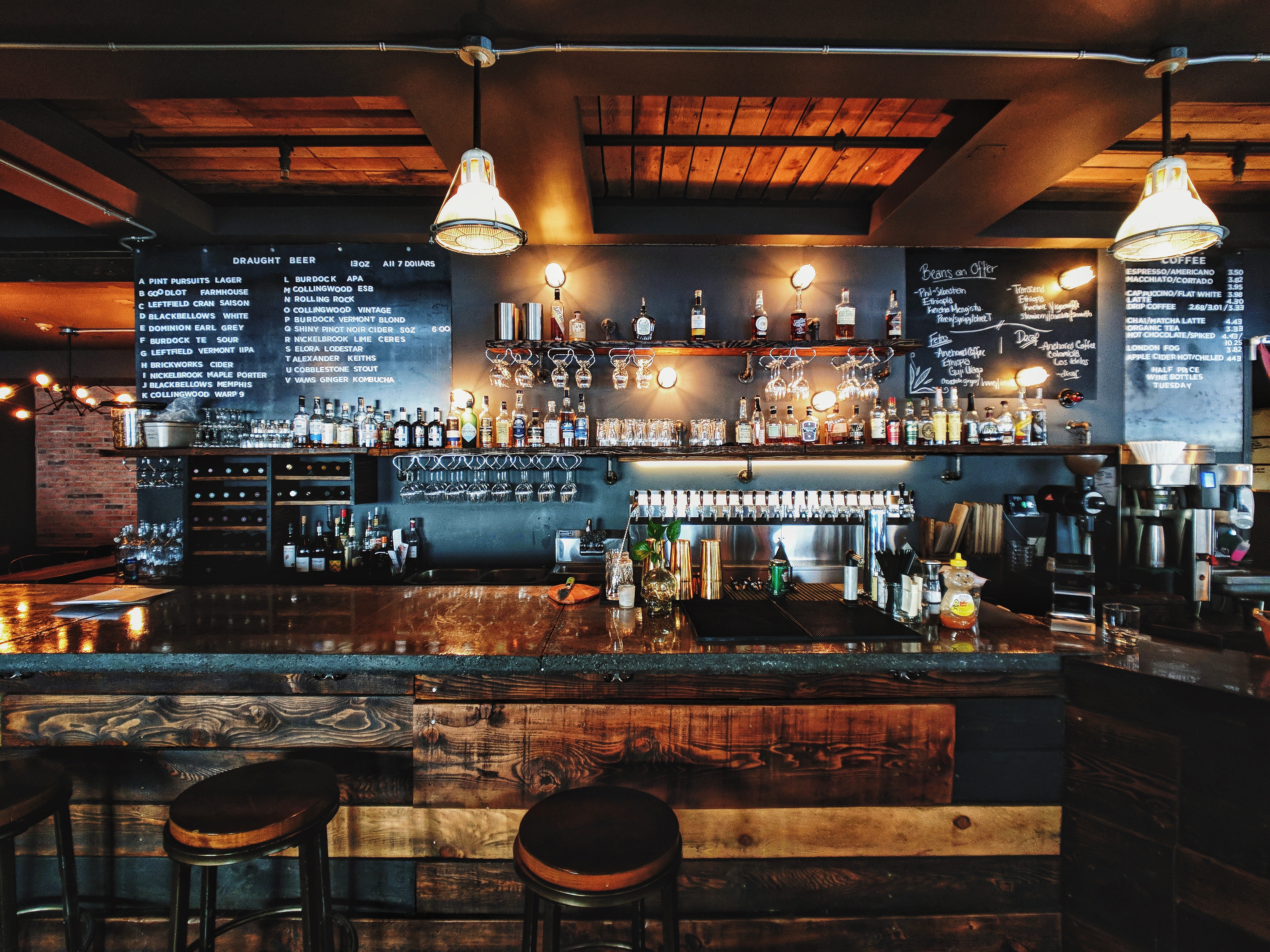 “tavern,” 1590s, so called in reference to the bars of the barrier or counter over which drinks or food were served to customers (see bar (n.1)).

“whole body of lawyers, the legal profession,” 1550s, a sense which derives ultimately from the railing that separated benchers from the hall in the Inns of Court. Students who had attained a certain standing were “called” to it to take part in the important exercises of the house. After c.1600, however, this was popularly assumed to mean the bar in a courtroom, which was the wooden railing marking off the area around the judge’s seat, where prisoners stood for arraignment and where a barrister (q.v.) stood to plead. As the place where the business of court was done, bar in this sense had become synonymous with “court” by early 14c.

In addition to the idiom beginning with bar