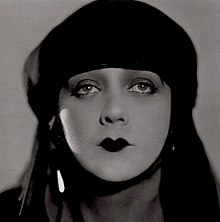 fem. proper name, from Latin, fem. of barbarus “strange, foreign, barbarous,” from Greek barbaros (see barbarian). For women, unlike men, the concept of “alien” presumably could be felt as “exotic” and thus make an appealing name. Popularized as a Christian name by the legend of Saint Barbara, early 4c. martyr, whose cult was popular from 7c. The common Middle English form was Barbary. A top 10 name in popularity for girls born in the U.S. between 1927 and 1958.