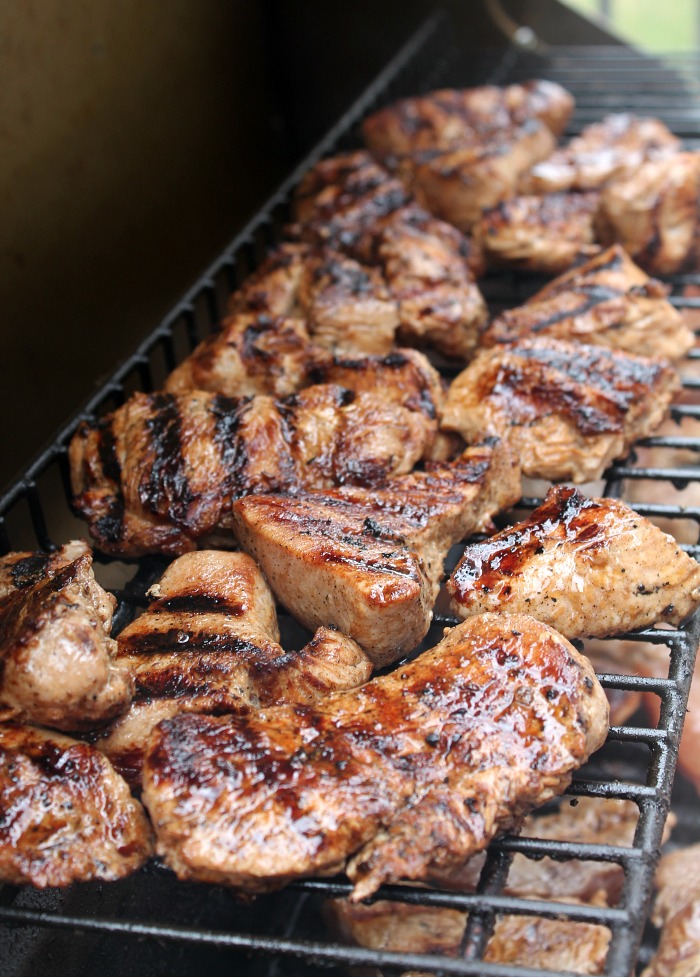 1650s, “framework for grilling meat, fish, etc.,” from American Spanish barbacoa, from Arawakan (Haiti) barbakoa “framework of sticks,” the raised wooden structure the Indians used to either sleep on or cure meat. Sense of “outdoor meal of roasted meat or fish as a social entertainment” is from 1733; modern popular noun sense of “grill for cooking over an open fire” is from 1931.