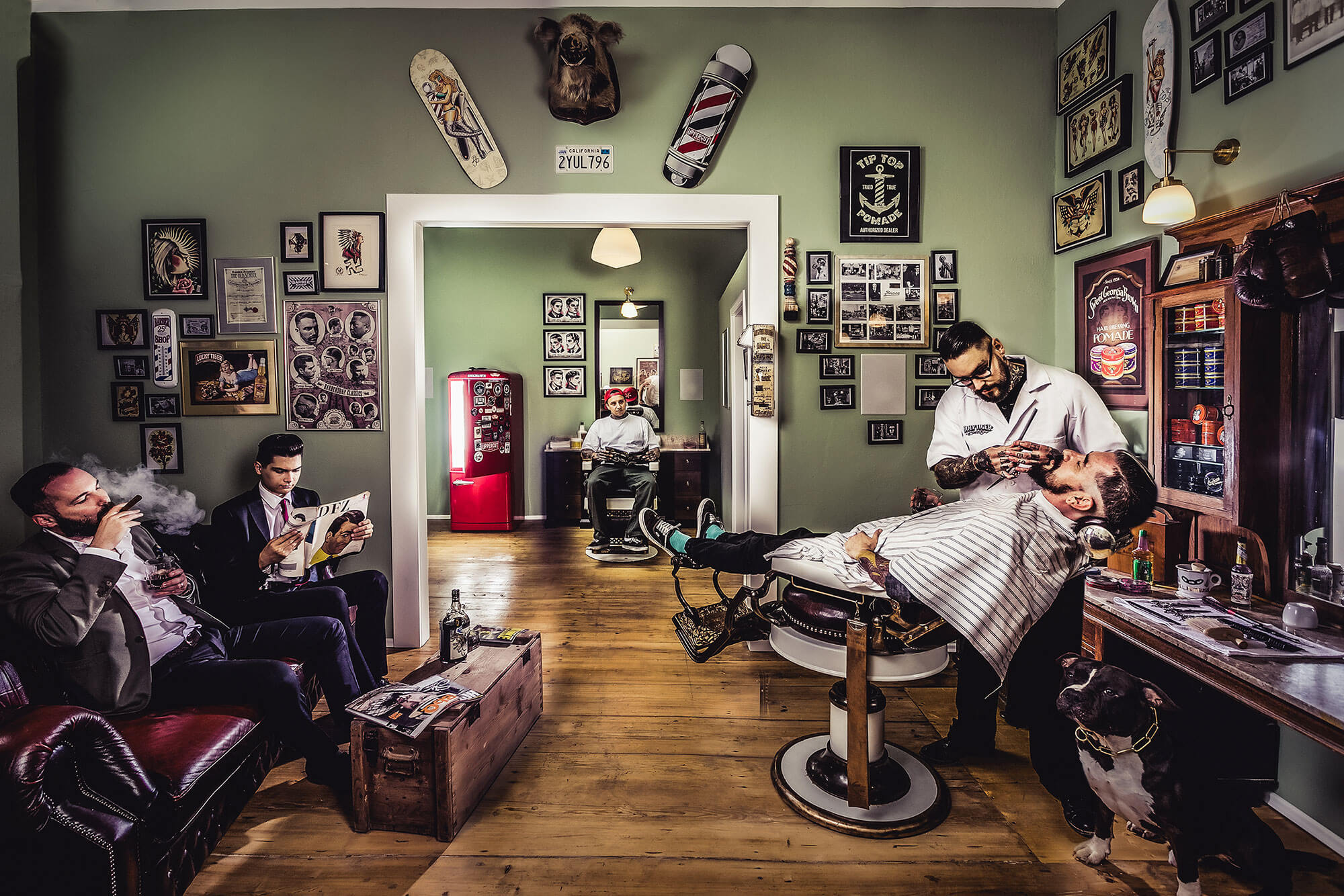 1570s, from barber + shop (n.). Earlier in same sense was barbery (c.1500). Barber-shop in reference to close harmony male vocal quartets, it is attested from 1910; the custom of barber’s keeping a musical instrument in their shops so waiting customers could entertain themselves is an old one, but the musical product had a low reputation and barber’s music (c.1660) was “wretched, poorly performed music.”