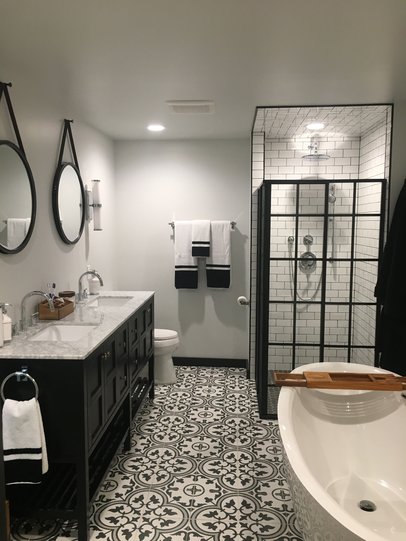 1780, from bath + room (n.). Originally a room with apparatus for bathing, used 20c. in U.S. as a euphemism for a lavatory and often noted as a word that confused British travelers. To go to the bathroom, euphemism for “relieve oneself; urinate, defecate,” from 1920 (in a book for children), but typically used without regard for whether an actual bathroom is involved.