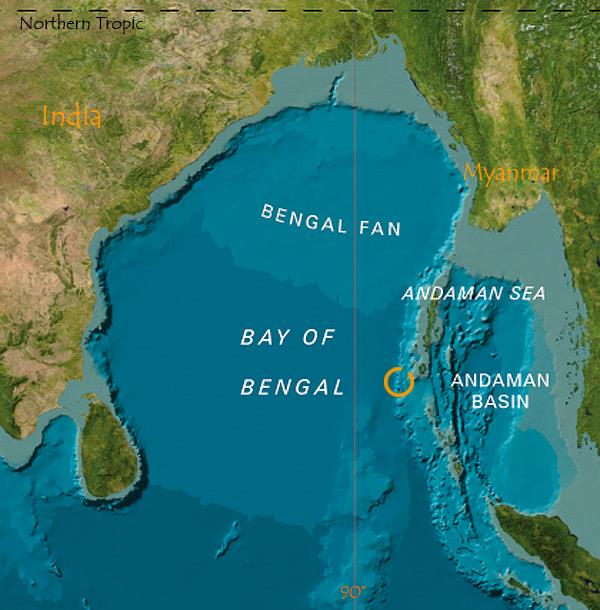 region in South Asia, named for its people, said to be from Banga, name of a founding chief. It is attested in Europe as far back as Marco Polo (1298), who wrote of Bangala.

Arm of the Indian Ocean between India and Sri Lanka on the west, Bangladesh on the north, and Southeast Asia on the east.