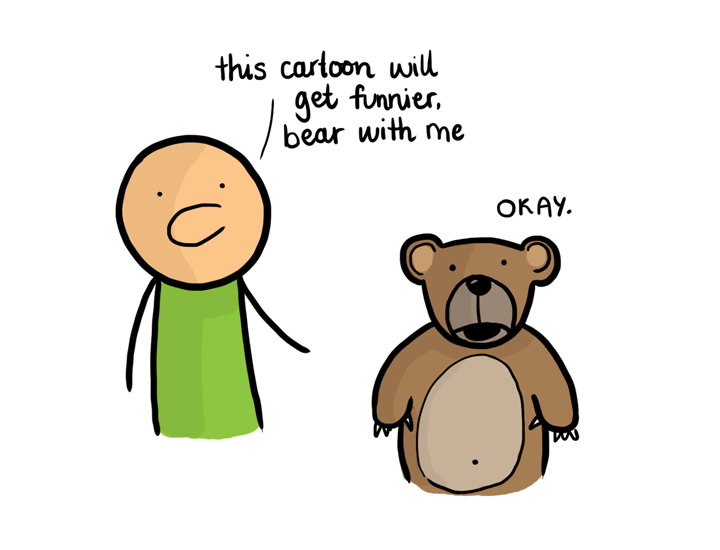 Put up with, make allowance for, as in He’ll just have to bear with them until they decide. Nicholas Udall used this term in Ralph Roister Doister (c. 1553): “The heart of a man should more honour win by bearing with a woman.” It may also be used as an imperative, as in Bear with me—I’m getting to the point.