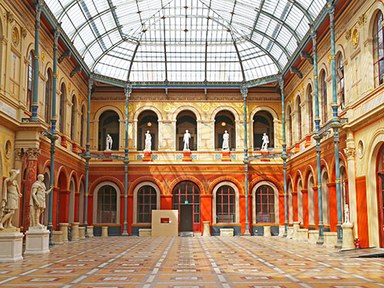 “the fine arts,” 1821, from French; also in reference to Ecole des Beaux-Arts, Paris, and the widely imitated conventional type of art and architecture advocated there.