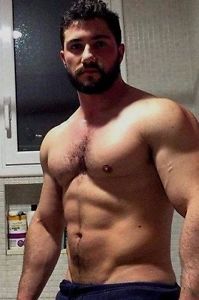 by 1952, “display of male pulchritude” in movies or magazines; said to have been modeled on cheesecake, but there seems to have been an actual foodstuff called beefcake around this time. The word seems to be little used in that literal sense since the other sense emerged.