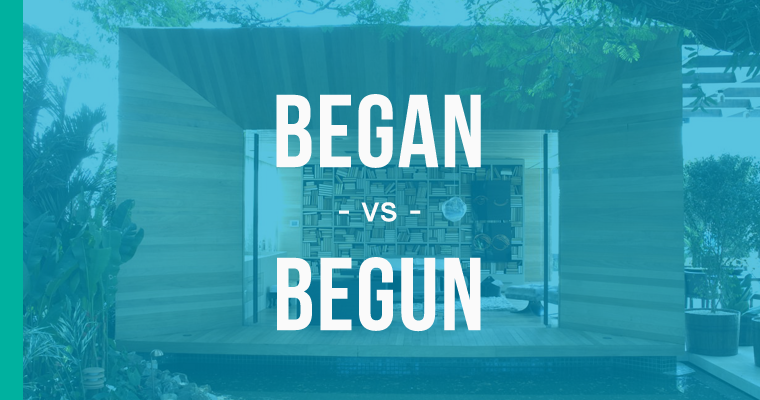 past participle of begin.

In addition to the idioms beginning with begin