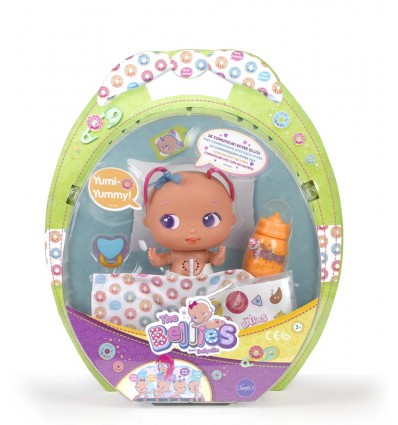 “to swell out,” 1620s, from belly (n.). Related: Bellied; bellying. Old English belgan meant “to be or become angry” (a figurative sense). A comparable Greek verb-from-noun, gastrizein, meant “to hit (someone) in the belly.”

Indo-European languages commonly use the same word for both the external belly and the internal (stomach, womb, etc.), but the distinction of external and internal is somewhat present in English belly/stomach; Greek gastr- (see gastric) in classical language denoted the paunch or belly, while modern science uses it only in reference to the stomach as an organ. Fastidious avoidance of belly in speech and writing (compensated for by stretching the senses of imported stomach and abdomen, baby-talk tummy and misappropriated midriff) began late 18c. and the word was banished from Bibles in many early 19c. editions. Belly punch (n.) is attested from 1811.