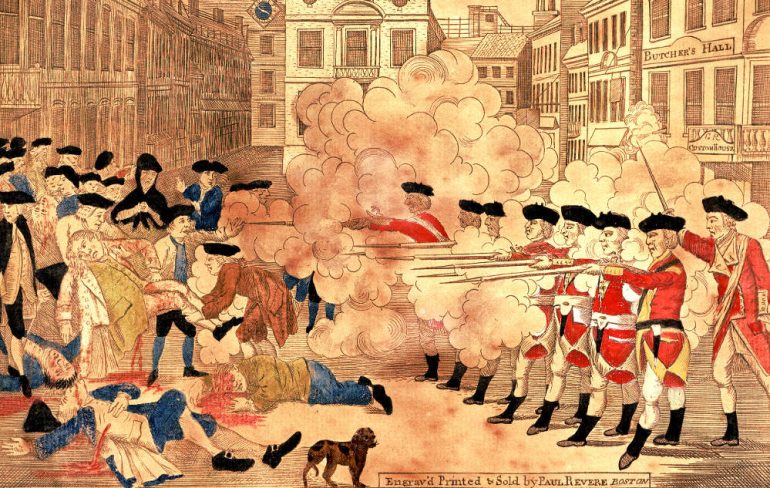 A clash between British troops and townspeople in Boston in 1770, before the Revolutionary War. The British fired into a crowd that was threatening them, killing five, including Crispus Attucks. The soldiers had been sent to help the government maintain order and were resented even before this incident. The killings increased the colonists’ inclination toward revolution.