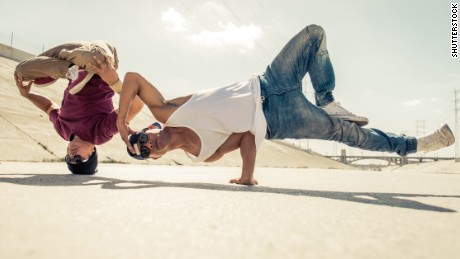 1982, but the style itself evolved late 1970s in South Bronx. The reference is to the rhythmic break in a pop-dance song (see break (n.)), which the DJs isolated and the dancers performed to. Breakdown “a riotous dance, in the style of the negroes” is recorded from 1864.