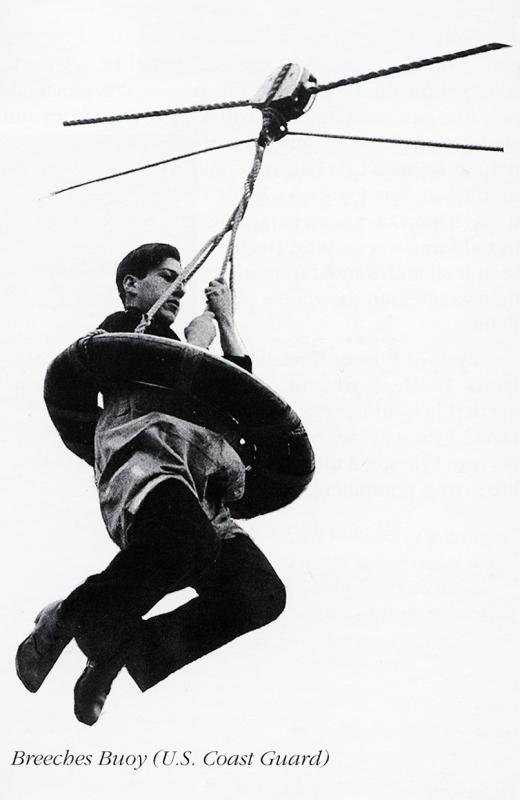 breeches buoy EXAMPLES|WORD ORIGIN noun Nautical. a rescue device consisting of a life buoy from which is suspended a canvas sling, similar in form to a pair of breeches, in which shipwrecked or disabled persons are hauled from a vessel to the shore or to another vessel by means of a rope and pulley between them. Liberaldictionary.com