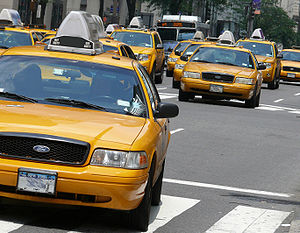 Extended to hansoms and other types of carriages, then extended to similar-looking parts of locomotives (1851). Applied especially to public horse carriages, then to automobiles-for-hire (1899) when these began to replace them.