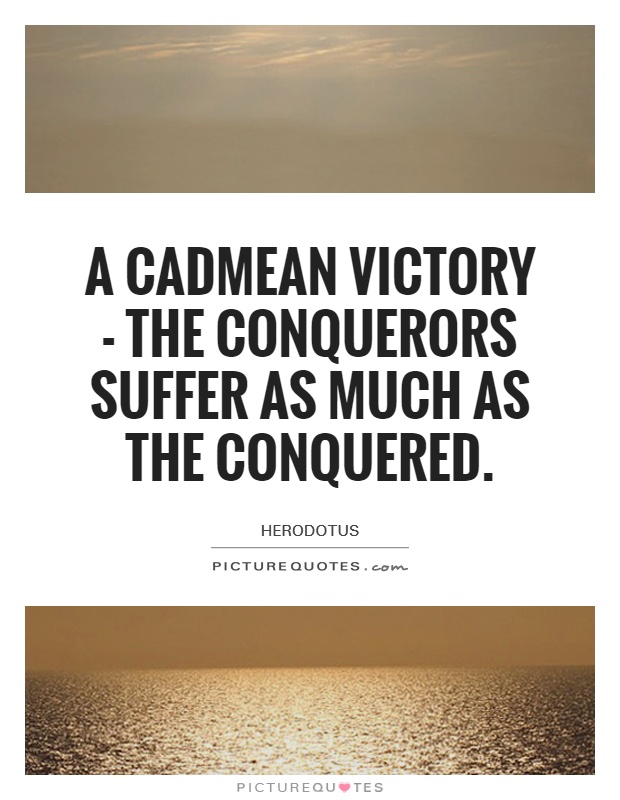 c.1600, “victory involving one’s own ruin,” translating Greek Kadmeia nike, from Cadmus (Greek Kadmos), legendary founder of Thebes in Boeotia and bringer of the alphabet to Greece. Probably a reference to the story of Cadmus and the “Sown-Men,” who fought each other till only a handful were left alive. Cf. Pyrrhic (adj.1).