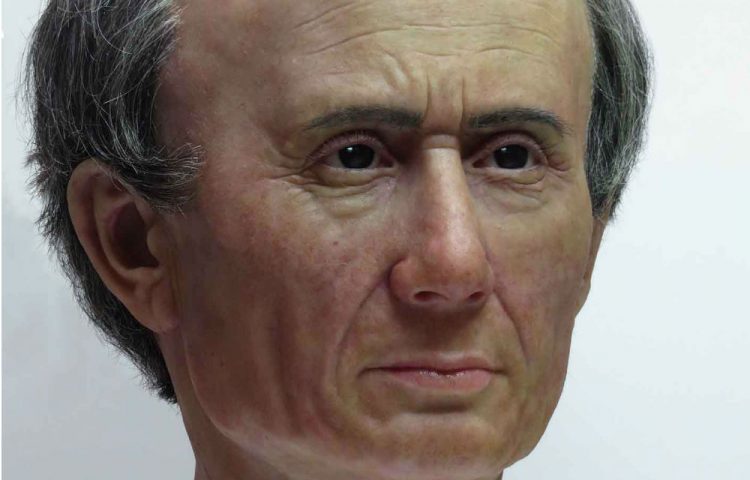 c.1200, see caesarian; Old English had casere, which would have yielded modern *coser, but it was replaced in Middle English by keiser, from Norse or Low German, and later in Middle English by the French or Latin form of the name. Cæsar was used as a title of emperors down to Hadrian (138 C.E.), and also is the root of German Kaiser and Russian tsar (see czar). He competes as progenitor of words for “king” with Charlemagne (Latin Carolus), as in Lithuanian karalius, Polish krol. In U.S. slang c.1900, a sheriff was Great Seizer.

The family name of Julius Caesar and of the next eleven rulers of Rome, who were emperors.