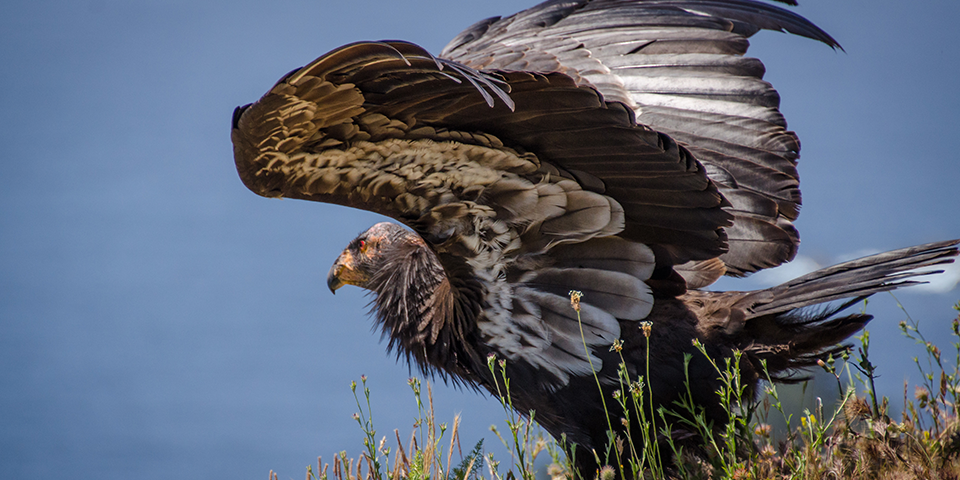 c.1600, from American Spanish, from Quechua cuntur, the native name for the bird.