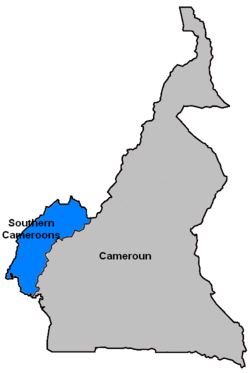 Republic in west-central Africa, bordered by Nigeria to the northwest, Chad to the northeast, the Central African Republic to the east, Republic of the Congo, Gabon, and Equatorial Guinea to the south, and the Gulf of Guinea (part of the Atlantic Ocean) to the west. Yaounde is its capital, and Douala is its largest city.