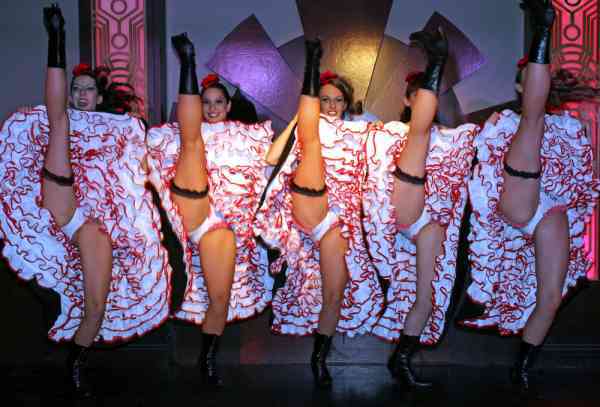 also can-can, 1848, from French, possibly from can, a French children’s word for “duck” (cf. canard), via some notion of “waddling” too obscure or obscene to attempt to disentangle here. Or perhaps from French cancan (16c.) “noise, disturbance,” echoic of quacking.