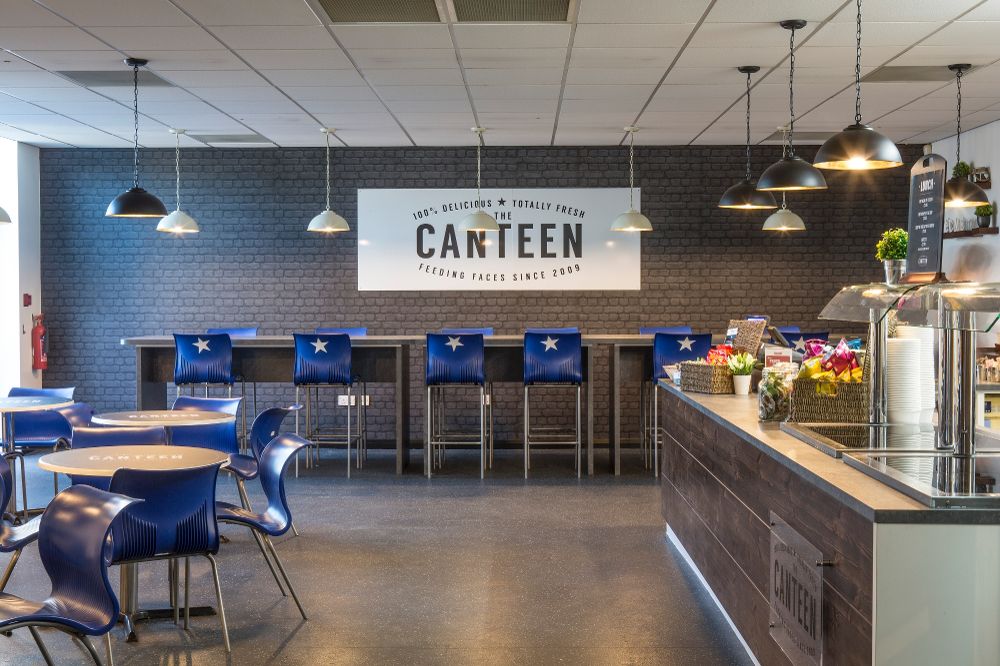 c.1710, “store in a military camp,” from French cantine “sutler’s shop” (17c.), from Italian cantina “wine cellar, vault,” which is perhaps another of the many meanings that were attached to Latin canto “corner;” in this case, perhaps “corner for storage.” A Gaulish origin also has been proposed. Extended to “refreshment room at a military base, school, etc.” from 1870. Meaning “small tin for water or liquor, carried by soldiers on the march, campers, etc.” is from 1744, from a sense in French.