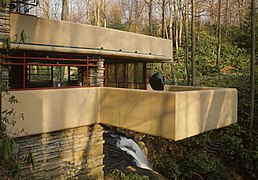 1660s, probably from cant (n.2) + lever, but earliest form (c.1610) was cantlapper. First element also might be Spanish can “dog,” architect’s term for an end of timber jutting out of a wall, on which beams rested. Related: Cantilevered.