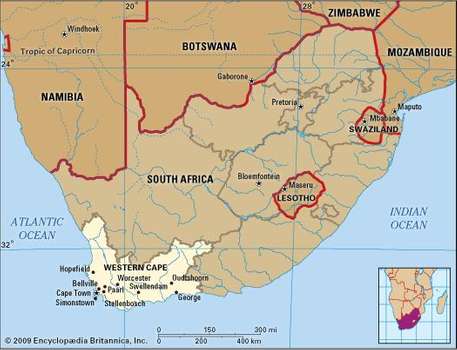 Point of land in southern South Africa, south of Cape Town. It is the southernmost tip of Africa.