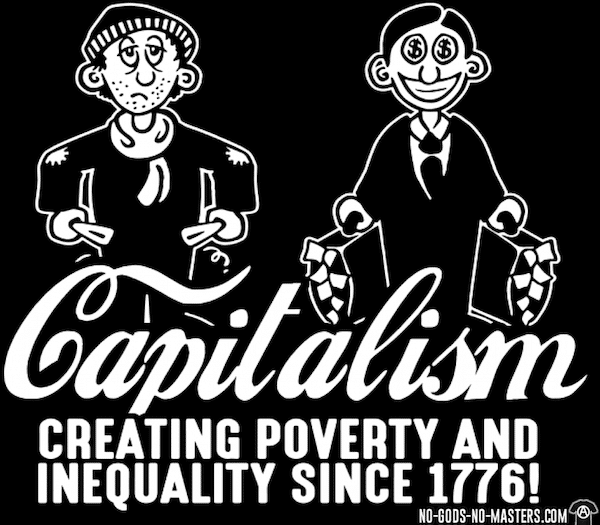 1854, “condition of having capital;” from capital (n.1) + -ism. Meaning “political/economic system which encourages capitalists” is recorded from 1872.

An economic and political system characterized by a free market for goods and services and private control of production and consumption. (Compare socialism and communism.)