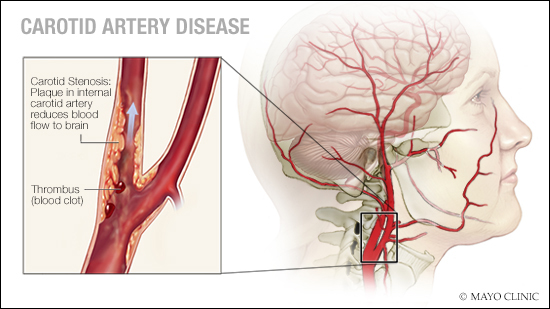 1540s, “pertaining to the two great arteries of the neck,” from Greek karotides “great arteries of the neck,” plural of karotis, from karoun “plunge into sleep or stupor,” because compression of these arteries was believed to cause unconsciousness (Galen). But if this is folk etymology, the Greek word could be from kara “head,” related to kranion “skull, upper part of the head,” from PIE root *ker- “horn, head” (see horn (n.)).