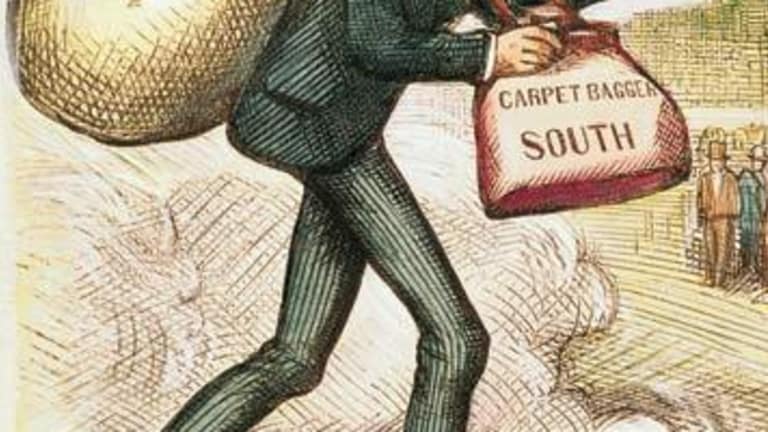 also carpet-bagger, 1868, American English, scornful appellation for Northerners who went South after the fall of the CSA seeking private gain or political advancement. The name is based on the image of men arriving with all their worldly goods in a big carpetbag. Sense later extended to any opportunist from out of the area.