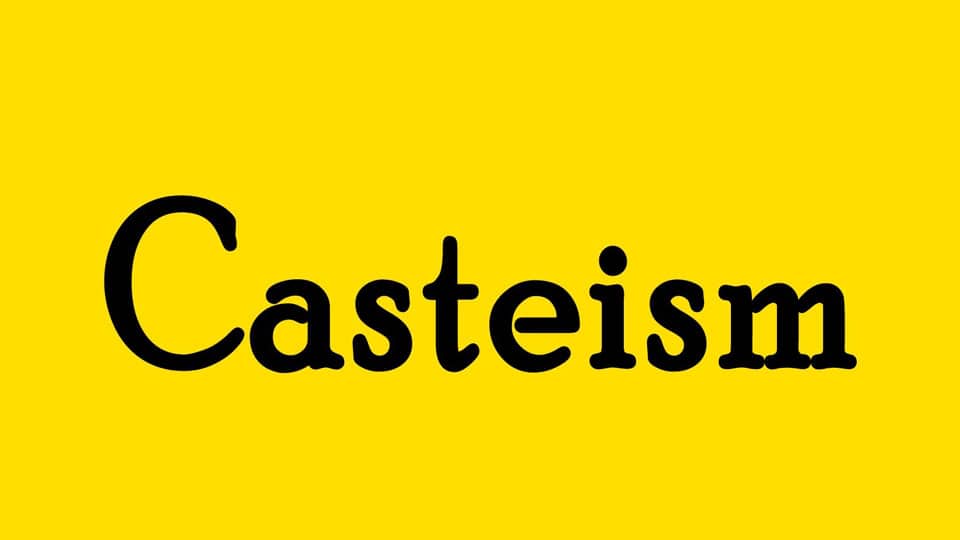 1550s, “a race of men,” from Latin castus “chaste,” from castus “cut off, separated; pure” (via notion of “cut off” from faults), past participle of carere “to be cut off from” (and related to castration), from PIE *kas-to-, from root *kes- “to cut” (cf. Latin cassus “empty, void”). Originally spelled cast in English and later often merged with cast (n.) in its secondary sense “sort, kind, style.”

Application to Hindu social groups was picked up by English in India 1610s from Portuguese casta “breed, race, caste,” earlier casta raça, “unmixed race,” from the same Latin word. The current spelling of of the English word is from this reborrowing. Caste system is first recorded 1840.

One of the four hereditary social divisions in Hinduism. Members of any one caste are restricted in their choice of occupation and may have only limited association with members of other castes.