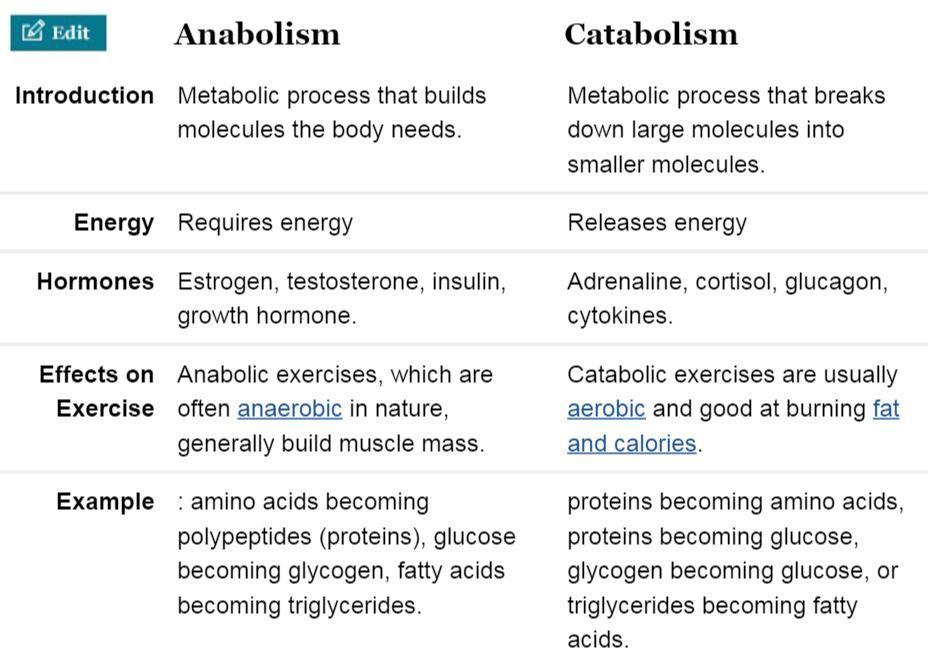 1876, katabolism, “destructive metabolism,” from Greek katabole “a throwing down” (also “a foundation”), from kataballein “to throw down,” from kata- “down” (see cata-) + ballein “to throw” (see ballistics). Barnhart says probably formed in English on the model of metabolism. Spelling Latinized from 1889.

Biochemical reactions that break down molecules in metabolism. Molecules may be broken down to gain their energy or to prepare them for disposal from the body. (Compare anabolism.)