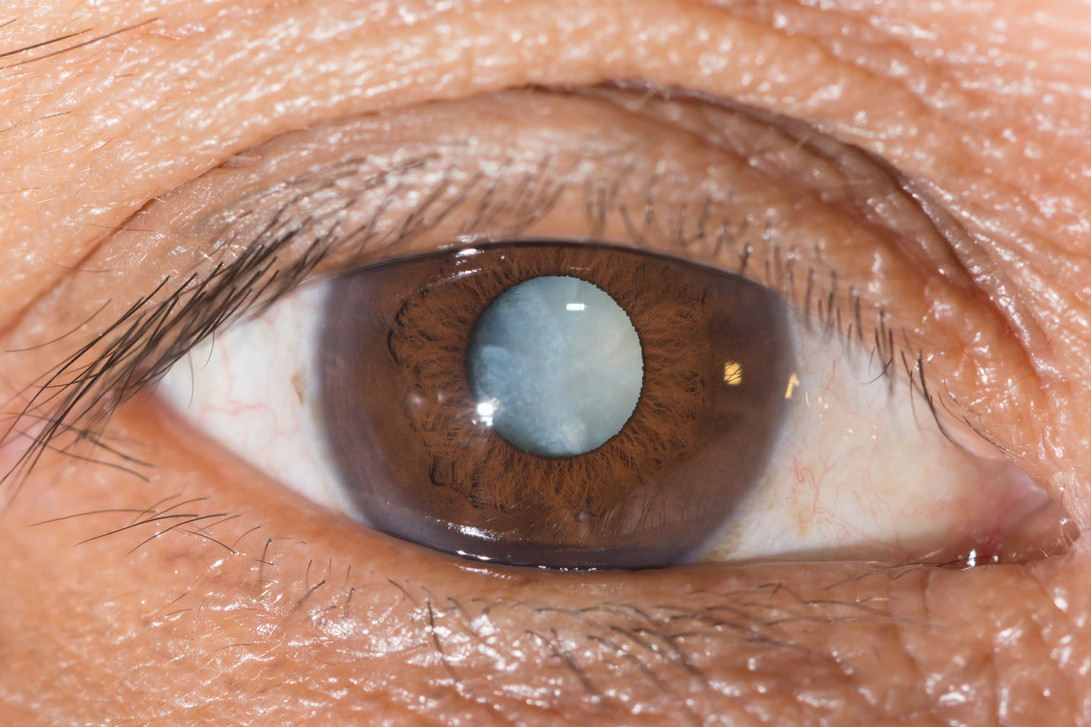 early 15c., “a waterfall, floodgate,” from Latin cataracta “waterfall,” from Greek katarhaktes “waterfall, broken water; a kind of portcullis,” noun use of an adjective compound meaning “swooping, down-rushing,” from kata “down” (see cata-). The second element is traced either to arhattein “to strike hard” (in which case the compound is kat-arrhattein), or to rhattein “to dash, break.”

Its alternative sense in Latin of “portcullis” probably was passed through French to form the English meaning “eye disease” (early 15c.), on the notion of “obstruction” (to eyesight).

A loss in the transparency of the lens of the eye, which reduces a person’s ability to see. The condition can be treated by surgically removing the lens and replacing it with an artificial one, or with corrective eyeglasses or contact lenses.