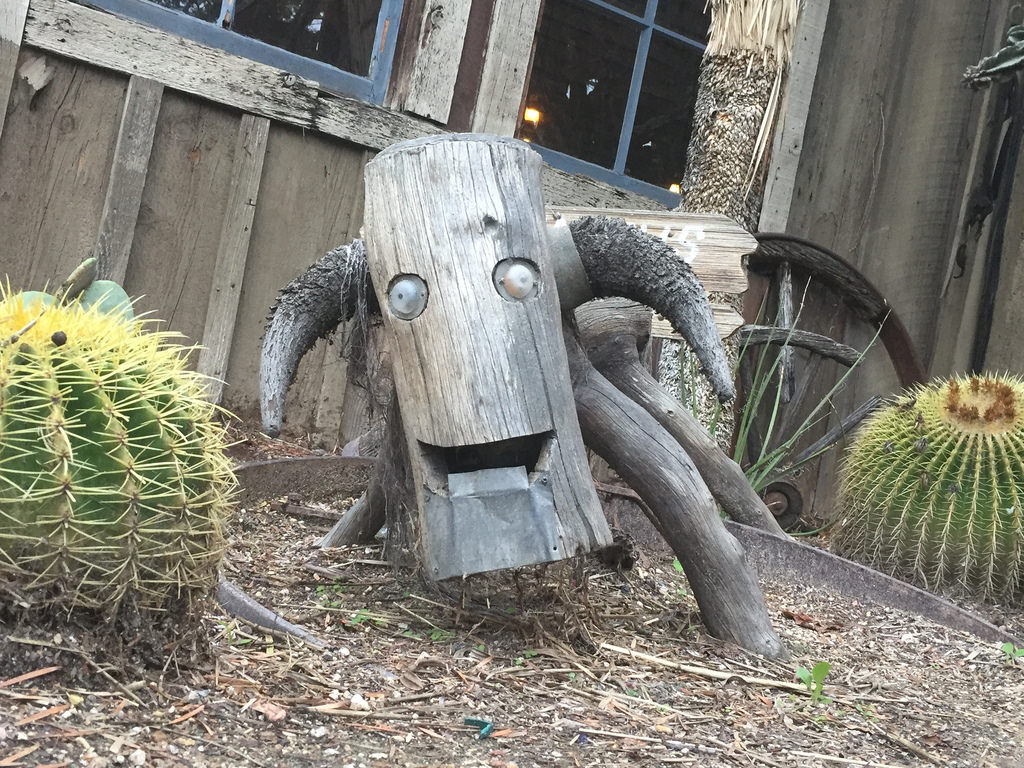 Earliest use seems to be in adverbial form, catawampusly (1834), expressing no certain meaning but adding intensity to the action: “utterly, completely; with avidity, fiercely, eagerly.” It appears as a noun from 1843, as a name for an imaginary hobgoblin or fright, perhaps from influence of catamount. The adjective is attested from the 1840s as an intensive, but this is only in British lampoons of American speech and might not be authentic. It was used in the U.S. by 1864 in a sense of “askew, awry, wrong” and by 1873 (noted as a peculiarity of North Carolina speech) as “in a diagonal position, on a bias, crooked.”